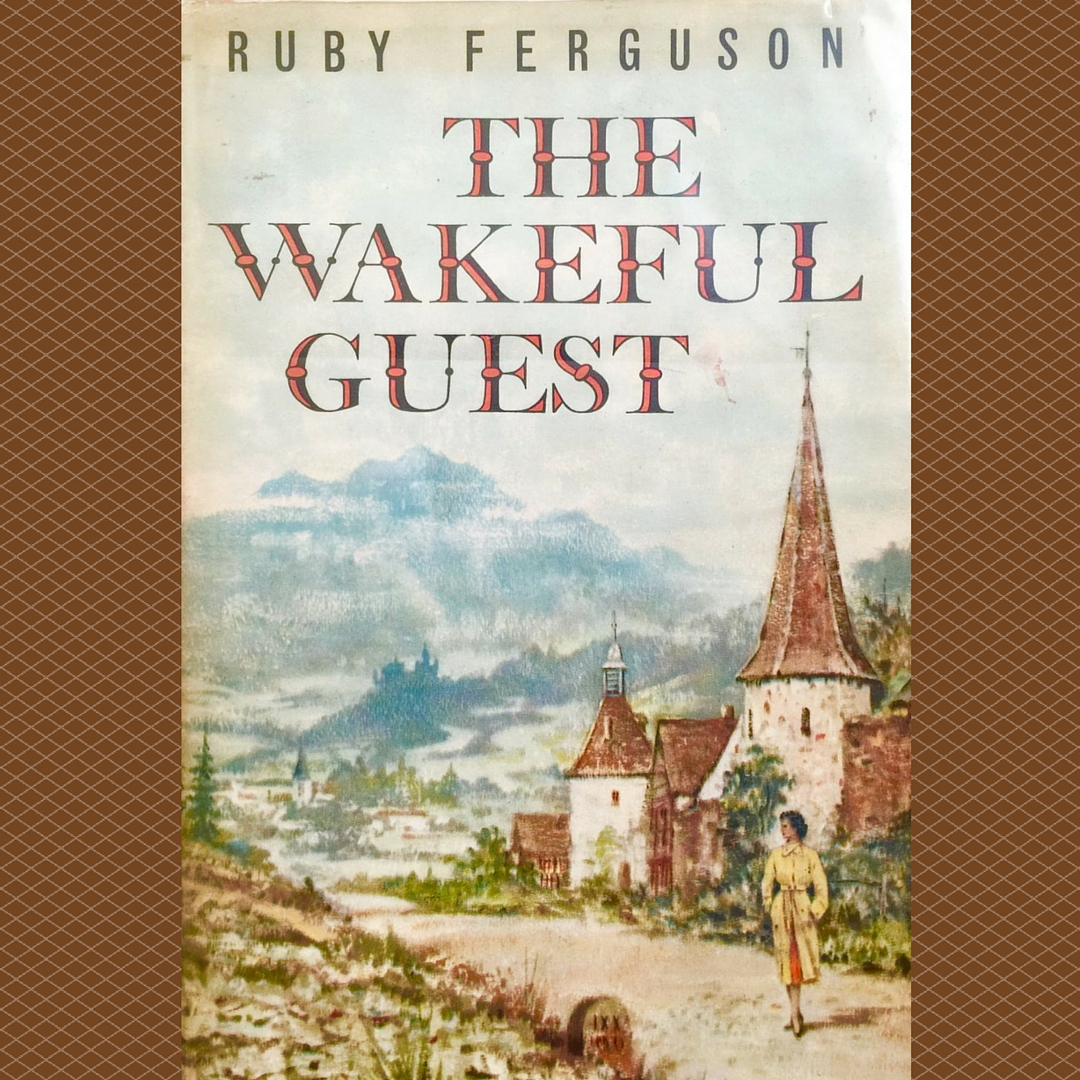 When you need some light reading to escape the This and the That of Life, and you find a book that achieves the minor miracle of sucking you out of your current world and into a completely different one, that indicates to me we should value light literature more than we do.

Such was the wonky charm of discovering Ruby Ferguson’s little known book, The Wakeful Guest. 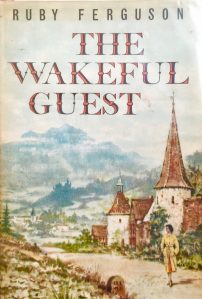 Ferguson is best known for her series of ‘Jill’ books for young girls, but she also wrote several enjoyable novels for adults. These have been long out of print. One exception—Lady Rose and Mrs. Memmary—was highly esteemed by none other than the Queen Mother, and, happily, has been reprinted by Persephone Press. You can read more about it by following the links included.

As mentioned, Ferguson’s novels are what most would call light, but a novel written by a pre-war Oxford graduate is still going to hold considerably more charm than much current fare. A gift for language and narrative, a fair sprinkling of wit and charm, dialogues spoken in crisp English; rich settings drawn from fresh experience in post-war Europe…all this sounded very appealing when I settled in for a good read the other night.

The funny thing is, this novel is rather hard to review or give a synopsis of because I think casual spoilers could ruin it.

The time period is post World War II. Delia is a sheltered young spinster who has lived her entire life with a dominant mother and sister. There is a wealthy godmother, Ida von Mester, in Bavaria, who wants Delia to leave England, and come live with her. Delia is but one of her heiresses.

After a bit of disappointment in the initial sketching out of the main character, I sailed on in hopes that this was going to be ‘the making of Delia’ kind of tale; how she escapes from the suffocating confines of her staid mother-dominated life, finds her true self and develops a backbone somewhere in the mountains of Bavaria. In anticipation of this, I lurched rapidly through many glowing descriptions of Bavarian scenery when we first ‘decanted’ from the train and arrived on scene. (side note of no importance: I always this thought this was an Angela Thirkell-ism, to use the word ‘decanted’ when speaking of leaving a car or train, but Ruby Ferguson uses it, as well)

Ferguson is very good at capturing an atmosphere involving ensemble characters, creating humor, warmth, and color through an intermingling of personalities. (her novel Apricot Sky is a charming example of this)

We are happy for Delia—her new housemates are welcoming, and prove to be an eclectic, if unlikely, assortment of humanity gathered under one roof. All are dependents on the generous hospitality of Ida, an aging beauty who has gained her wealth by investing in a series of rich husbands who then conveniently died.

“But Delia! There are always exciting people everywhere. When you don’t think people are exciting any more you are finished. And if you don’t expect something wonderful to happen it never will.” (Ida)

Then there is Gladys, Ida’s polar opposite, in terms of flamboyance and good cheer. She ‘looks like a Pekinese’ and is Ida’s willing slave. Both are concentration camp survivors who are forever bonded together by experience. Franz is another housemate—a Jewish intellectual who is affectionately called Onkel. He also survived Auschwitz, and is a good-hearted, wise soul. His appearance is described as ‘one of those mild but noble Teutonic faces which one associates with the period of Wagner.’ Still not sure what Franz looked like.

There is loveable Jarzy, a Polish ex-prisoner of war, ‘with an energetic nose’ whom Ida nursed back to health. There is an impossibly lovely, shallow heiress who appears to have a heart of gold—or perhaps stone?—we can’t tell until the very end; a handsome attorney named Gordon whose patently obvious romeo charm aids considerably in dashing our hopes that poor Delia is making progress in developing a backbone; and let’s not forget the overwrought Todor family in the refugee camp who zound like ziz ven they zpik.

It was all very interesting; the nights of singing, the somewhat fairytale-esque trip into Munich, the shopping trip for new dresses, glimpses of Ida’s mad, impulsive personality—all made for a nice diversion.

The late night street cafe encounters with ‘the Bohemian set’ in Munich was amusing.

‘Everybody jabbered at the tops of their voices, and Paul and Mignon kissed between sentences. At last we all got up and moved along to another pavement cafe, and lost Mignon and Paul, and collected Pepin and Harry and Leni and Yacob and George….Then an American called Burt arrived with a girl called Frieda. Frieda took an interest in me and asked me if I’d been to hear Gersib play, and I said no, we’d been to Tosca and she said “Mein Gott!” and lost interest.’

Possibly the most fascinating aspect of the book was the story of flooding the peaceful valley where Ida’s house had stood for generations. Everyone in the valley was forced to leave their ancient family homes and move up the mountain. I’m sure there must be a historical basis for this (post war watershed creation?) but I haven’t researched it. The thought of all those lovely old homes, be they mansions or cottages, being abandoned and then drowned in a watery death was strangely disturbing.

“What a weird feeling, to think this house will be at the bottom of a lake.” (Delia)

Well said, Delia. Ida chose to leave most of her valuable furniture, (some of it hand-painted with Alpine scenes) to meet the same fate. Ida—normally a kind, carelessly generous soul, would not even donate the furniture to a local refugee camp where hundreds of war-weary displaced persons sat on hard ground without a decent chair among them. She wanted the furniture to ‘die’ with the house. All so strange, but I suppose it fit the quixotic, impulsive character of Ida—generous one moment, hard and inscrutable the next. (Thank goodness she had the sense to move the piano to the new home….I might have thrown this book off the verandah if they had let the piano become entombed in a watery grave)

Jarzy has the unnerving habit of swimming down into the house after it is under the lake waters and continuing to retrieve items they left behind and wished they hadn’t.

All in all, it appeared to be a novel of strange enchantment, and I was settling in to enjoy a glass of wine, a bit of romance and Bohemian joie d’vivre, when oddly….the mood of the story changes abruptly.

I sat up and began to read more carefully. What??? Still not sure what’s going on here, but of course I keep reading. Now I can’t put it down.

Delia, while very nice in many ways, is an unlikely heroine to the very end. But perhaps she is supposed to be. Ordinary, salt of the earth Florence Nightingale sort; suddenly finds herself mixed up with someone of a sinister Lovelace magnetism? The serene Bavarian landscape, once so inviting, now becomes dark, medieval, hushed.

By this time Delia is beginning to remind me of another ingenue-super-gullible-nice girl character lost amongst people of uncertain character. I didn’t much care for Catherine Morland of Northanger Abbey when I first met her, but she grew on me by the end of the book. The difference with Delia of The Wakeful Guest is she is much older than Catherine, has a gift for sarcastic rejoinders, and should have had a better grip on being able to read people. Well, perhaps that is a bit unfair….

Catherine Morland lived with gothic horrors woven from her own fertile imagination. Delia, in the fictional sense, did not need imagination as real life horrors were actually developing around her.

People she loves begin to die.

So as it turns out, this book wasn’t so much a charming coming of age story, set in a colorful Bohemian household with overtones of The Constant Nymph, but it began to develop into a possible thriller/and or murder mystery.

I say ‘possible’ because I don’t want to give away spoilers, and because, by the end of the book, we’re still not sure. Yes, ambiguity to the very end.

“Are these lovely people actually going to die??” I wondered…well, I can’t tell you any more than that. This story needs to keep its shock value. 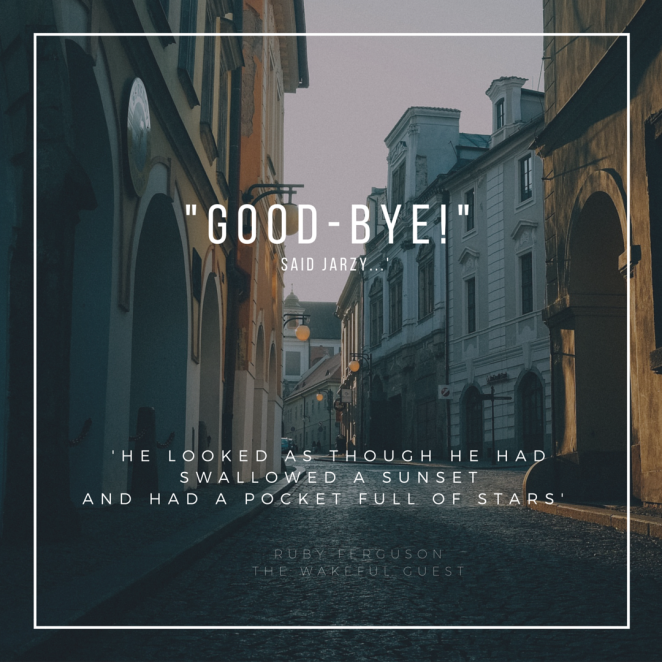 My summation? The novel is interesting, and it surprised me. The writing style, while not riveting, flows. Ruby Ferguson creates characters that are difficult to assess. Good guys or bad guys? A bit of both? Perhaps I’m as dim as Delia, but some of Ida’s compatriots kept me guessing. As with Catherine Morland of Northanger Abbey, Delia, though much wiser in the end, still retained her innate goodness.

There are weak moments in the story, yes.

And the conclusion is unsatisfactory. But in spite of these flaws, or perhaps because of them, once I got into it I couldn’t put the book down until I finished it. 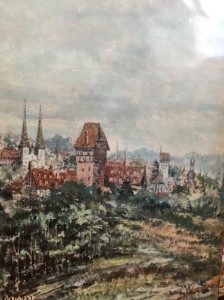 Comments from The Furrowed Middlebrow were spot on:

‘The Wakeful Guest (1962), which again is set in the immediate postwar period and can’t seem to decide whether to be a murder mystery or an odd social novel about war refugees coming into contact with superficial young girls.’

Ruby Ferguson is often confused with that other Ferguson, Rachel Ferguson—I kept doing it myself—and, truthfully, that is probably how I ended up with this book.

But I hope that more reprints of Ruby Ferguson stories will come along. I enjoyed Apricot Sky even more.

To order Lady Rose and Mrs. Memmary, by Ruby Ferguson

Persephone Books has a picture of Ruby Ferguson and brief biography here:

2 thoughts on “The Wakeful Guest” 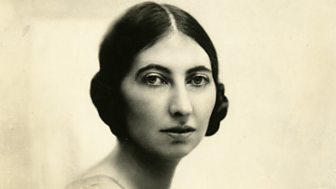 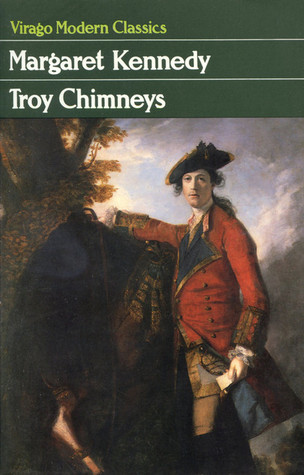 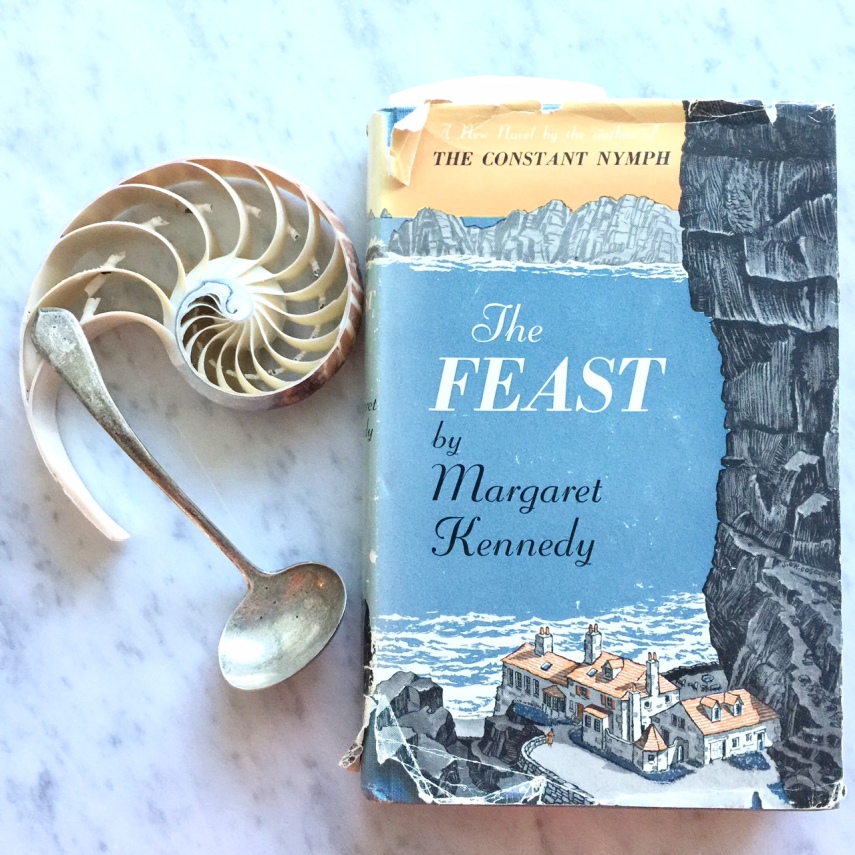 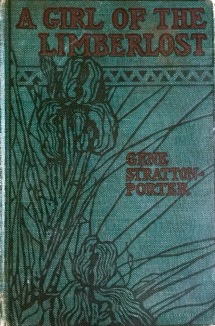