Rare Bird of a Different Feather 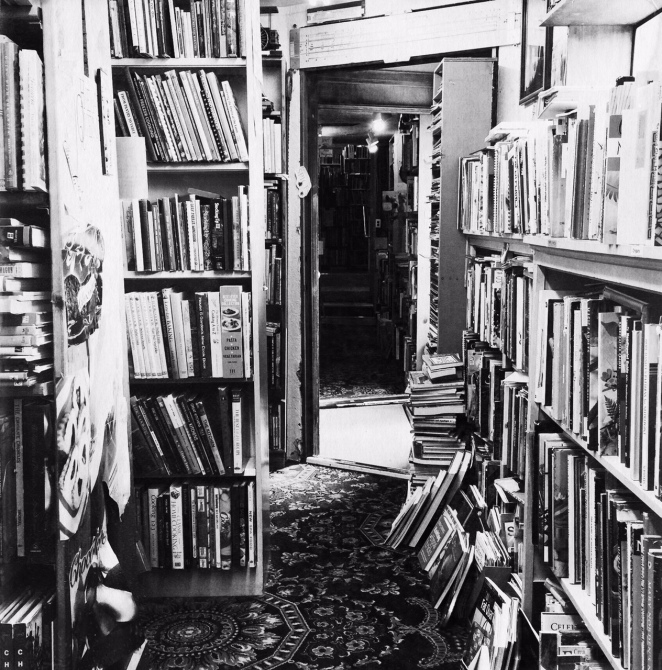 The concept of rare applies to so many things in a book lover’s world.

These days it is less about finding a rare edition (the internet makes it so easy), a rare illustrator, a rare signed copy, than it is finding that other vanishing gem—the shop that sells the used books.

The crusty old proprietor who hides behind the antique cash register is another vanishing gem. A rare bird, if there ever was one. A rather hobbit-esque gentleman who looks, in demeanor and hygiene, as though he hasn’t stirred from behind the counter in days.

Why would he? He has what he wants right there. An old coffee pot begrimed with blackened arabica patina has pride of place at his elbow, transforming what was once a hearty brew into something that smells like charred wood, next to it sits a jar of coffee mate—it doubles as a fly trap; stacks of books encircle the counter like a Roman army’s palisade, and you find yourself being examined from behind this fortification of ancient knowledge by a suspicious glare. (There is strange music coming from a dusty radio. It might be classical but it’s not like any classical music you’ve ever heard. It sounds like Wagner on a spinet having a light-hearted go at Hayashi’s national anthem)

The crumbs of lunch still cling to his stubble as he reluctantly puts aside his tattered copy of Ginsburg—hard to believe he has the fire of poetry in his soul—and sums you up.

You’re not quite sure what your shoes have to do with it, but, after wrenching his gaze away from the offending footwear, it is apparent this Ben Jonson of retail has found you wanting. He waits, in resignation, for the lady apparition wearing Nikes made in China to ask if he has any cookbooks ‘in stock’? Or, innocently inquiring, “Do you have any copies of Diary of an Edwardian Lady? It’s written by a lady who lived and wrote in the Victorian era…?”

I love that book, but I already possess a copy and know better than to ask the question. So after discreetly disappearing for a time into the dark tunneled bowels of the shop — tip: make very little noise to distract him from his reading and remember to cough occasionally so he can keep track of you without having to put down his book — finally, gather up your newfound treasures in a stack as high as you can carry, and approach the counter again.

Beyond the tower of books in your arms, your shoes are all he can see. So far they have not served you well.

Tired, hungry, euphoric at finding a British first edition Thirkell with dust jacket design by Anna Zinkeisen, unquestionably you have breathed far too much mildew effluvium, and now you’re afraid to ask ‘is there a restroom?’

Because there might be, and you won’t want to use it. (Trust me on this one.)

You could venture to ask, “do you take Visa?” and be met with another snarl of disdain. What follows is a lecture on the evils of the modern age and how all that’s wrong with the world can be traced back to the invention of Molded Plastic.

But it’s all very interesting  and actually…incredibly…the two of you begin to bond. Pretty soon we’re all Helene Hanff and Frank Doel, eager politeness on one side and surly enthusiasm and opinion on the other.

‘I require a book of love poems with spring coming on. No Keats or Shelley, send me poets who can make love without slobbering—Wyatt or Johnson or somebody, use your own judgement. Just a nice book preferably small enough to stick in a slacks pocket and take to Central Park.

This marvelous guy who speaks with medieval-laced diction and rolling vowels has begun to recognize you as a book enthusiast. You recognize him as A Man Who Knows Everything About Books. For all his misanthropic air, he loves to talk with a fellow librophile and ‘wax expansive’ on all he knows. The conversation begins, coalesces with light speed and he is soon regaling you with tidbits regarding everything from Hemingway’s favorite typewriter to the real story behind Gertrude Bell’s death. Why the Arkwright translation of Memoirs of the Duke de Saint-Simon is particularly good. Milton’s Paradise Lost was a riff right off ol’ cowherd Caedmon’s Paraphrase. What makes the Eleventh Edition of the Encyclopedia Britannica so collectible. Who the first far-seeing publisher was to print John Donne’s works as a collection and change the history of poetry. Why you should study seventeenth century French literature and where you should start. (…confession…I never did follow his advice) Why Anthony Trollope fell so hard from public opinion.

If you ask the right questions or are looking for a serious edition he approves of and happens to have—which, sometimes, serendipitously, happens—then this man becomes your new ally.

‘Gentlemen:
The books arrived safely, the Stevenson is so fine it embarrasses my orange-crate bookshelves; I’m almost afraid to handle such soft vellum and heavy cream-colored pages. Being used to the dead-white paper and stiff cardboard covers of American books, I never knew a book could be such a joy to the touch.’ — Helene Hanff  — [84 Charing Cross Road]

I remember one such bookseller, in particular…the wine would come out, the dusty armchairs would beckon, and oh I learned ‘wonderful things’ about books, printing, publishing, lore of lost authors and so much that I wish I could remember now…none of it, of course, being relevant to modern life…but isn’t that, in essence, the secret to its fascination? When something can be memorable, without needing to be remembered? We may not recall everything that was said, but we’ll remember how the experience made us feel. Such memories stay with us, not as lifeless data, but as emotional seed sown, or like powerful, insistent tides that continue to reshape our settled paths.

That bookstore, and the living, breathing story-telling human encyclopedia behind the counter? Long gone. The influences remain.

One day I walked in on the death-in-progress of one of my favorite book haunts. This time the old proprietor gave me a sheepish, sorrowful look, and the suspicious gaze came from two strange men who were boxing up precious—and by that time familiar to me—contents. Everything from seventeenth century parchment documents, leather bound collections of Carlyle, Essays of Elia, to maps, first editions of Faulkner, eccentric but fabulous 1960’s art and art magazines…it was all coming down from dusty wooden shelves and being hurriedly stuffed into boxes.

Proprietor looked at me, and I asked the obvious question.

“They bought me out,” he said simply. “It’s all going on the internet. I can finally travel to Asia like I always wanted.”

4 thoughts on “Rare Bird of a Different Feather”