The world outside is nudging us awake. The nearby woods, the wetlands, the ferns…the daffodils….those sweetly voiced robins…they are getting on with business, and what a delightful business it is!

I have a particular interest in the unfurling of ferns. There is, perhaps, nothing else that better speaks to an awakening after winter than this welcome sight in the woods.  The first glimpse of that lovely, buoyant green appearing above the tops of decay is a burst of fresh happiness.

My own winter sleep went a bit longer than I’d planned, and was, dare we say…unscheduled. A well-stocked library is always a good place for hibernating, especially when one is immersed in the 12th century. Or Jane Austen’s footwear. Or the 18th dynasty of Somewhere Grand. Or pondering the mystery of one’s own great grandmother. Or toying with the idea of becoming conversant in glottal stops and fricatives just for fun, only to realize it’s not that fun.

Remember Frances Theodora Parsons? I’m enjoying her book a great deal for its quaint tone as much for its vigorous encomiums of the lowly fern, and before I know it I’m thoroughly immersed in her world of silvery spleen-worts, adder’s tongues, bulblet bladders and fruiting fronds. She was a champion, you could say, of this often overlooked species.

She quotes a great deal from Thoreau–being terribly fond of him–and I enjoyed these words, as I always enjoy a bit of ‘thither-ness’ with my morning coffee:

‘It is no use to direct our steps to the woods if they do not carry us thither. I am alarmed when it happens that I have walked a mile into the woods bodily, without getting there in  spirit.’ — Thoreau

Be not alarmed–these pictures of ferns and ‘moss-worts’ are from my own backyard, where I was quite present in the moment. We are a little behind in the unfurling stage, it is true, but I hope to bring you more pictures in a few days of the ‘big, woolly croziers‘, as Frances Theodora Parsons calls them with such affection.

Stay tuned, as we awaken and unfurl. The young lady responsible for many of the meticulous drawings in Parson’s books––as well as the riveting “descriptions of the Woodwardias“––Marion Satterlee; is a fascinating young lady in her own right. I’ll be sharing a bit more of her writing and art in coming posts.

“I’ve only lived here a day, but I like it so well I’ve a mortal big notion to buy the place.” — from The Girl of the Limberlost

I love the idea of having a mortal big notion. Today we might use the expression, ‘I had a radical idea’. Perhaps one could also call the idea that we could learn something today from a prim Victorian lady botanist ‘radical’. Because I just had to laugh when I sat down to my blog this week and read over some of the prompts I’ve missed.

Zing. Edge. Superhero. Radical. Clearly, WP wants to jazz up our posts. Electrify our ideas. Infuse a bit of life into our prose.

Meanwhile, I have been immersed in the late Victorian world and ethos of Gene Stratton-Porter and Frances Theodora Parsons. Exciting, eh? But think about this: While these women may not resonate in history as superheroes, and what they wrote may not seem current–as to that I am not always convinced that being ‘current’ and ‘relevant’ are that exciting, unless you are watching bees pollinate–I was just reflecting yesterday on a recent study from Stanford University:

‘In the study, two groups of participants walked for 90 minutes, one in a grassland area scattered with oak trees and shrubs, the other along a traffic-heavy four-lane roadway. Before and after, the researchers measured heart and respiration rates, performed brain scans and had participants fill out questionnaires.

The researchers found little difference in physiological conditions, but marked changes in the brain. Neural activity in the subgenual prefrontal cortex, a brain region active during rumination – repetitive thought focused on negative emotions – decreased among participants who walked in nature versus those who walked in an urban environment.’

This makes total sense to me, and I’m glad to know the data can finally catch up with what the inimitable Mrs. Frances Theodora Parsons wrote back in 1901.

‘The ideal hobby, it seems to me, is one that keeps us in the open air among inspiring surroundings, with the knowledge of natural objects as the end in view.

The study of plants, of animals, of the earth itself, botany, zoology, or geology, any one of these will answer the varied requirements of an ideal hobby. Often they require not only perseverance and skill but courage and daring. They are a means of health, a relaxation to the mind from ordinary cares, and an absorbing interest.’ —From How to Know the Ferns by Frances Theodora Parsons 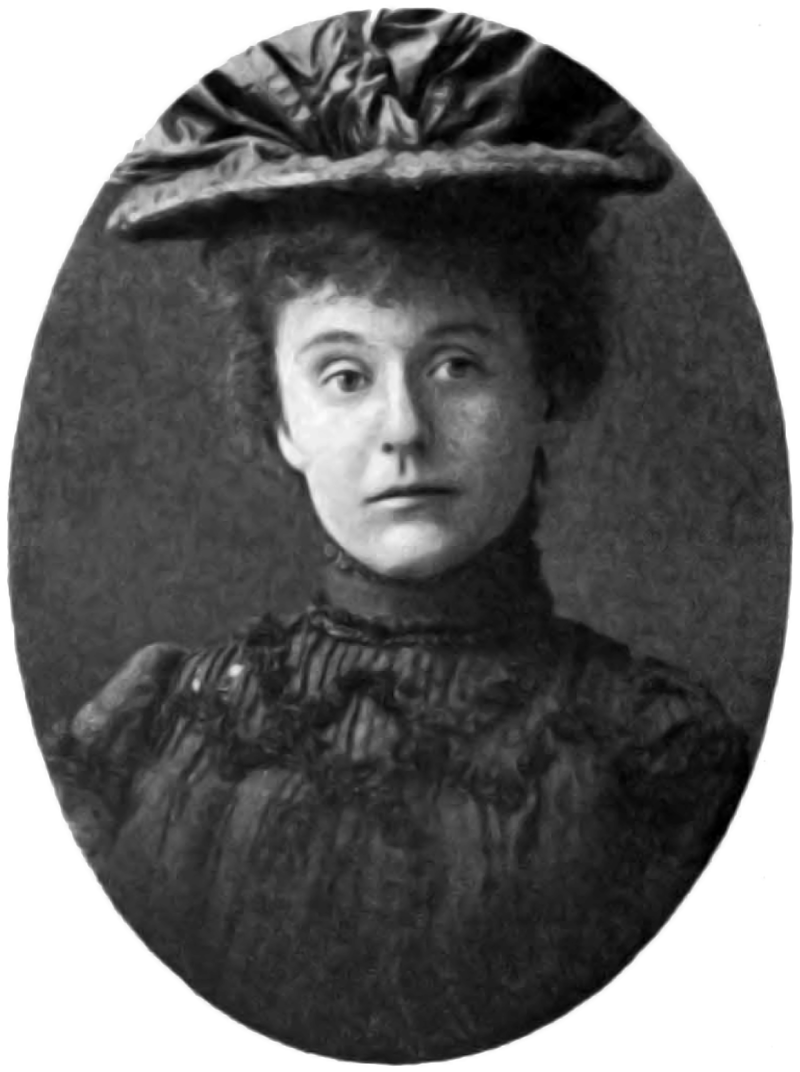 ‘Courage and daring’, indeed! I love her books. (She also wrote as Mrs. William Starr Dana; more on her to come in a future post)

She is authoritative, opinionated, and thoroughly readable. Parsons is a strong woman, and no fading violet, to borrow a Victorian era expression. She has not the nuanced charm and silky expressions in her nature writing, such as that employed by Louise Beebe Wilder, but this real-time eager woods explorer had a rugged approach matched with feminine spirit that might have been a bit like The Girl of the Limberlost when she was young.

‘She plunged fearlessly among bushes, over underbrush, and across dead logs. One minute she was crying wildly, that here was a big one, the next she was reaching for a limb above her head or on her knees overturning dead leaves under a hickory or oak tree, or working aside black muck with her bare hands as she searched for buried pupae cases.’  — The Girl of the Limberlost, by Gene Stratton-Porter

Written in 1909, this passage is from Gene Stratton Porter’s classic. She is not read so much today because people are squeamish. Not squeamish about rummaging around in dead, mucky leaf detritus for buried pupae cases, but because sentimental stories that highlight romantic ideals or values are out of favor. Stratton-Porter’s passion in writing was to chronicle the natural world, but it was her romances–nature with a generous side-helping of fiction–that secured her fame.

‘I thanked my stars I had not fallen under the stultifying sway of cards. Much the same gratitude is aroused when I see men and women spending precious summer days indoors over the card-table when they might be breathing the fragrant, life-giving air, and rejoicing in the beauty and interest of the woods and fields.

All things considered, a hobby that takes us out of doors is best.’

To which Gene Stratton-Porter would add:

‘The world is full of happy people, but no one ever hears of them. You must fight and make a scandal to get into the papers. No one knows about all the happy people. I am happy myself, and look how perfectly inconspicuous I am.”

The Limberlost journey is a journey of happiness. To get lost in the swamp, is, in Porter’s world, ‘to find oneself’.

Read good books. Get outdoors. Enjoy the natural world. Take walks and then more walks. If you see someone approaching with a brain scanner and a questionnaire, run. Photograph mushrooms. Keep a journal. Sketch (rather badly). Think about writing more. And then write more. Watch bees pollinate. As radical as that sounds, it’s a time honored recipe for a lot of fun and a continuing supply of happiness. I should know. Look at how perfectly inconspicuous I am.

(writers take note: both of these late Victorian era ladies wrote books that are still in print, and have gone into multiple editions and reprints)